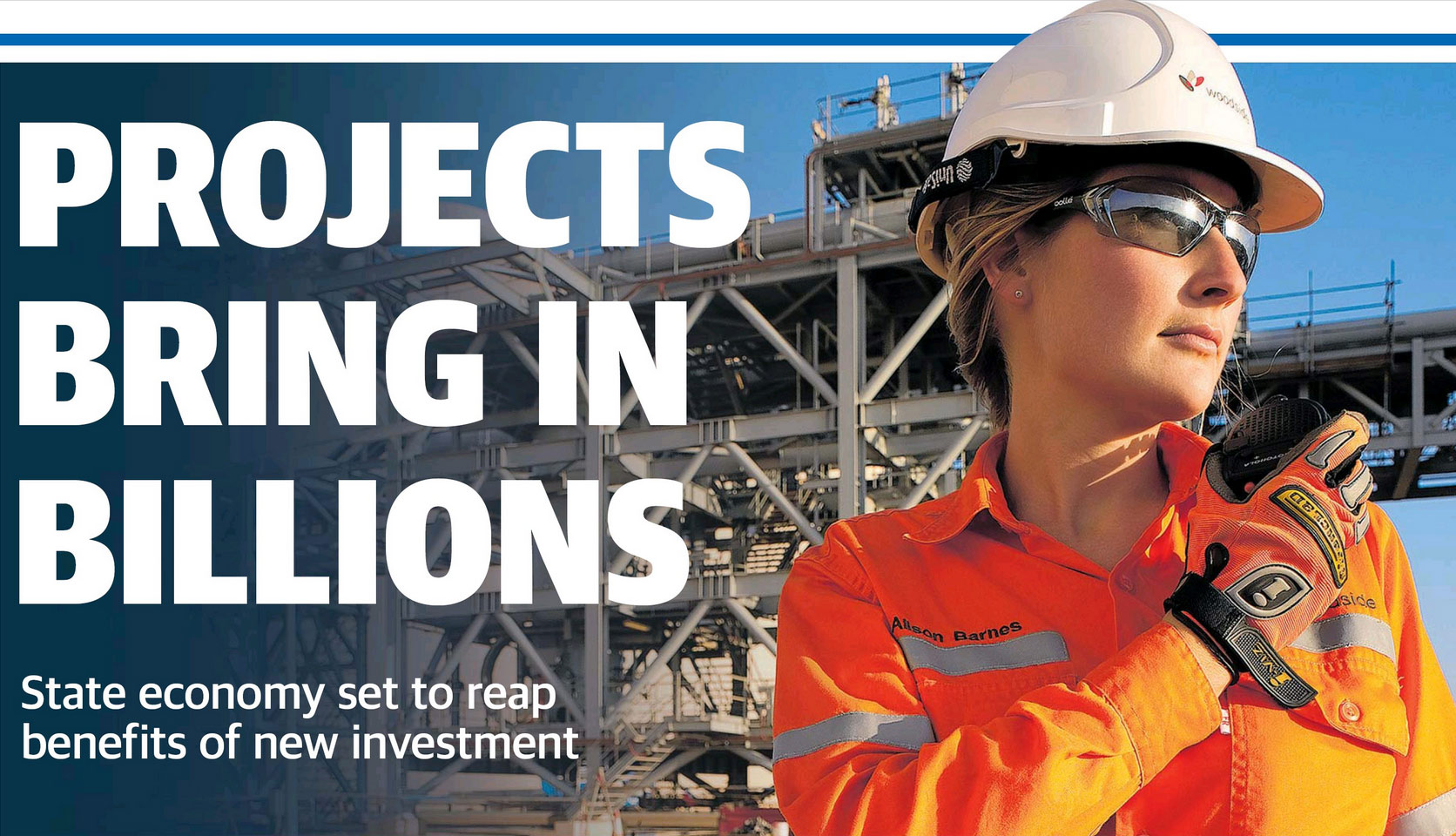 WA is on the cusp of a new economic boom — with political and business figures predicting a train of coming major projects will set the State up for generations to come. Figures compiled by The Sunday Times suggests WA is eyeing a potential $165 billion windfall in planned future resource projects alone, with tens of billions more to flow in major infrastructure, property and commercial plays.

Most West Australians would be aware of gargantuan plans on the table to open up the Browse gas field in the State’s North at a likely outlay of $30 billion, or recent decisions by Australia’s three major iron ore miners to spend almost $9 billion on new projects.
But there are billions of dollars more in smaller projects - not all in the resources sector - that could soon get the go ahead to provide much-needed economic activity.

Major investments in shopping centres in Karrinyup and Innaloo will bring cash and new life to suburban centres, while the $500 million construction of a new runway at Perth airport will bring new tourism dollars. But a $750 million revamp of Garden City shopping centre is in limbo after builders were told they were no longer needed.

Planned office, hotel and apartment developments at Belmont Park and Elizabeth Quay will revitalise the city and provide thousands of construction jobs. And the State Government is committed to spending more than $8 billion in road and rail infrastructure as it works to meet election commitments and provide needed economic stimulus.

Premier Mark McGowan said WA’s last economic boom had ended badly because it was almost entirely based on resources, but the next economic uptick would be better spread across a range of industries.
“It’s been a tough few years post the mining boom, our economy wasn’t ready for the end of the boom — we had all our eggs in one basket,” Mr McGowan said.

“The recovery was dampened by international and national factors, but there is light at the end of the tunnel. "Western Australia is now on the cusp of huge job-creating investment." The projects are vital not only to the economy, but to the future of the McGowan Government. The State Government has promised to create 150,000 jobs over the coming five years. In addition to resource and major commercial projects, the State Government is set to pump another $4.2 billion into the local economy over the next four years though its promised Metronet rail network.

Construction of the Thornlie-Cockburn link and the Yanchep Rail extension are all due to start later this year. Another $4.2 billion is to be spent on road projects over the next four years and another 12 new schools are under construction. After years of the State economy being in the doldrums, key economic indicators are showing signs of life. WA's unemployment rate dropped to 5.8 per cent last month from 6.2 per cent. NSW and Victoria are the only States to have lower unemployment rates than WA.

By State Government estimates, the coming resources projects alone should create 50,000 construction jobs then 13,000 ongoing operational jobs. Resources expert and Deloitte partner Nicki Ivory said the pipeline of investment was driving an economic recovery from the lows which followed the mining boom. "There's alot of green shoots ... we're out of the bad place we were in when we were effctively in a domestic recession", Mr Ivory said. She said WA remained an attractive destination for investors, but cautioned that regulatory changes or increased taxes could send them elsewhere. "People do invest on the basis that the fact that there'sa known, stable, regulatory fiscale landscape. We are still so much better than so many other jurisdictions that people could invest in". she said.

Ms Ivory said this investment phase was unlike the development which marked the boom. "There's activity but it's certainly not boom time," she said.

In iron ore, for example, the big iron ore mines are "making hay while the sun shines" thanks to high prices. But the mines on their drawing boards -BHP'S South Flank and Rio Tinto's Koodaideri among them are replacing depleted mines rather than adding to the companies' production. "There's obviously positives; there's construction activity and there is a benefit to the companies providing services to those projects," Ms Ivory said. "But we arent seeing the big new projects like we did before."

Economist John Nicolaou, the executive director of ACIL Allen Consulting in Perth, said the impact of the probable LNG expansion alone was significant, "not only in terms of jobs during construction and operating jobs, but also the broader economic benefits that flow to those in the State." But Mr Nicolaou said the optmism was yet to translate into improved household confidence. "There's still an element of job insecurity across the State, and until there is confidence around job prospects you are not going to see the pick-up in spending and the flow-on benefits that has on retail, for example." Master Builders WA executive director John Gelavis said there was a healthy list of planned projects, but more was needed to be done to clear red and green tape.